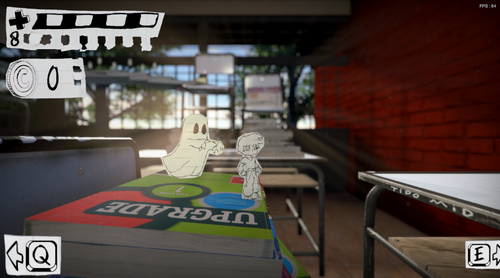 Hi people! Thanks to your feedback in your gameplay videos, I made a bugfix update resolving some issues I've seen happening, which include:

Alongside that, I also made some other changes:

And mainly, after seeing the gameplays, I realized that the ghosts were kind of pointless when you could defeat them with one hit, so I increased it to seven fireball hits, making them way more challenging when using the fireballs.

And that's it for this update, thanks for everyone that played it, and I hope you like it!

Adventure yourself as an animated drawing in the classroom!